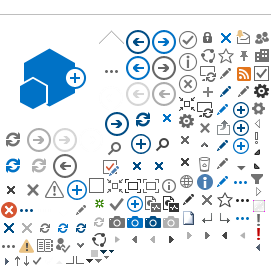 Jewelle Johnson is the Senior Counsel and Chief Employment Counsel for Graphic Packaging International, Inc. Prior to joining Graphic Packaging, Johnson was a partner at Fisher & Phillips LLP. She serves​ as president of the Georgia Association of Black Women Attorneys, Inc. and is a member of the Coordinating Committee for the National Employment Law Council. Johnson earned two bachelor's degrees from Miami University in Oxford, Ohio, and a law degree from Duke University. She resides in Mableton.

Taylor Hanson Haley is a founding partner at Compass Law Group in St. Simons Island and serves as president of the Glynn County Bar Association and as treasurer of the Victory Board of the American Cancer Society.  She recently completed an appointment to the State Co​​mmission on Family Violence.  Haley earned a bachelor's degree from Samford University in Birmingham, Alabama, and a law degree from the University of Georgia.  She and her husband, Reese, have two daughters and reside in St. Simons Island.

​Glianny Fagundo is a partner at Thompson Hine LLP. She was a founder of the National Latina Business Women Association-Atlanta, has served as president and chairperson of the Georgia Hispanic Bar Association and has served on the boards of CredAbility Inc. and the Latin American Chamber of Commerce.  Fagundo was named to Atlanta Business Chronicle's "Women Who Mean Business" list. She earned a bachelor's degree from the University of Puerto Rico, and a law degree from the University of Georgia.

Robert R. Joseph is an attorney with Hill, Kertscher & Wharton, LLP. He previously served as a senior associate for Morris, Manning and Martin, LLP. He is a member of the State Bar of Georgia, a member of the executive committee of the Atlanta Lawyers Chapter of Federalist Society and a member of the Druid Hills United Methodist Church. Joseph earned a bachelor's degree from Rhodes College and a law degree from Emory University. He and his wife, Leslie, reside in Atlanta.​

Amy Auffant is the senior employment counsel at National Vision, Inc. She was previously a partner at Elarbee, Thompson, Sapp & Wilson, LLP. Auffant also speaks and provides training on issues in the workplace. She is a member of the American Bar Association and the Society for Human Resource Management. Auffant was named a "Georgia Rising Star" by Super Lawyers magazine. She earned a bachelor's degree from Stetson University and a law degree from Emory University. She and her husband, Tony, have three children and reside in Alpharetta.